Scroll down, look at her cyber - stalking history

Cheryl  still a stalker in 2019
Cheryl has no life, still stalking and trying to lie about me and my content, if she tries to pass off as a "journalist" then she would actually get to the bottom of stories, and not just go w/ her own false spin.

Something is wrong with her brain, and she has never let go.  Obsession of a stranger is really about the nutcase doing it, not the subject


Cheryl Blogs about me
http://cherylkicksass.blogspot.com/2018/01/truth-natasha-youtube-channel-run-by.html 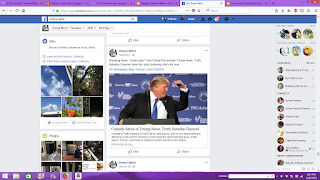 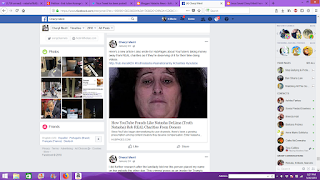 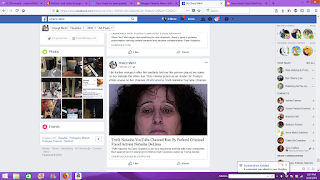 
She is cited as a vexatious litigant

This girl put about 30+ posts under my youtube channel 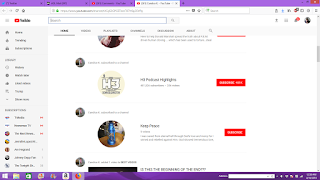 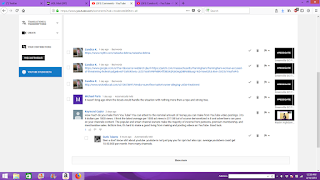 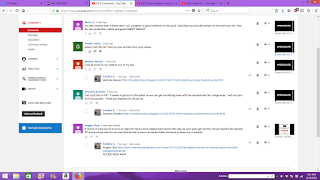 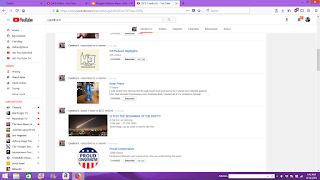 Cheryl was cited in California as a vexatious litigant

CAUSAL DOCUMENT/DATE FILED: Motion - Other, 06/24/2010
Defendant Edmond Wollmann's Motion to Prohibit Filing of New
Litigation is granted.
Plaintiff has filed five or more litigations that have been determined
adversely to her within the last seven
years as required by CCP §391.1(b)(1). The current case was filed on
June 19, 2009. Thus, in order be
considered a vexatious litigant under the first option, Plaintiff must
have filed five cases with adverse
outcomes since September 24, 2002. Defendant has identified a number
of actions with adverse
determinations which are discussed below:
1. Merrill v. Wollmann (2009-92049): dismissed without prejudice on
4/9/10.
2. Merill v. Wollmann (filed on 12/14/09; CCH-09-570247) request for
restraining order in San
Francisco went off calendar due to no appearance and failure to effect
service on Defendant.
3. Merrill v. Wollmann (filed on 3/15/10; CCH-10-570563) – filed a
second request for a
restraining order in San Francisco which was denied without prejudice.
4. Merrill v. Wollman (filed on 3/15/10; CGC-10-497794) – Plaintiff
filed a request for dismissal
on 4/14/10.
5. Merrill v. Wolmann (filed on 3/26/10; CGC-10-498147) – Plaintiff
filed a request for
dismissal on 4/12/10.
Thus, Plaintiff falls within the definition of .vexatious litigant
Plaintiff is also a vexatious litigant under CCP §391.1 (b)(2) and
(3). Plaintiff's complaints and petitions
all allege the same facts – that Defendant is cyberstalking her and
defaming her by posting negative
comments on her blog. Plaintiff's dismissal is evidence of the
unmeritorious allegations. The numerous
complaints alleging the same claims are evidence of frivolity.
Therefore, Plaintiff is deemed a vexatious
litigant and the request for a prefiling order is granted.
Welcome to my world! YOU WILL cease and desist!!!
"Now I know what's right, I got just one light. In a world that keeps
on pushin' me around gonna-- stand my ground and I won't back down! I
won't back down baby!! There aint no easy way out. Won't back down
yeah! Stand my ground-and I won't back down, no I won't back down!
No I don't BACK DOWN!" Tom Petty
Edmond H. Wollmann P.M.A.F.A.
© 2010 Altair Publications, SAN 299-5603
Astrological Consulting http://www.astroconsulting.com/
Artworks http://www.astroconsulting.com/personal/
http://home.earthlink.net/~arcturianone/

My false charges were dismissed, but Cheryl Meril wants to pretend they are not, and post them all over the internet.

Do not use her service of Nob Hill Notary, she also does background checks, but is not authorized to do one on anyone and then post it on the internet.

She is a very twisted hateful person, and bullies for a living.


Cheryl is being criminally investigated for invasion of privacy, doing background checks that are not lawful or warranted, she is not a cop, nor an employer, and cannot divulge this information.

Cheryl has cyber stalked many people, and continues to do so.  She also will not let the truth be printed up, but she claims to want to be Christian, and a good person, when she does things in terms of massive bullying, and crimes in order to simply bully.  She is a paralegal, which is amazing, hard to believe she does not know anything about laws or crimes.

Listen to Devin Nunes talk about the liars, stalkers, bullies, this is exactly what Cheryl Meril is up to, so what is she hiding about herself?
https://twitter.com/FoxNews/status/960512813709037568

Ooops, Cheryl only likes her own narrative, nothing but the way she sees is, and she deletes comments of truth. 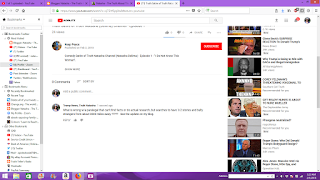 This is my 2nd comment, since she deleted the first one already.

So Is Cheryl Satanic?  I have no idea


Is Cheryl into child trafficking, sex trafficking, pedogate, drugs, high crimes?  I do not know, but she has failed to tell the rest of the story about why they were after me.


How Can she be a singer / paralegal / notary and into massive cyber bullying?
Cheryl uses her paralegal status to invade, unmask, abuse copyright infringement laws, spy on, and invade, lives of complete strangers, she's done it before me
Cheryl refuses to accept facts that are right before her

What it boils down to, is that Cheryl Meril seems to be a hardened sociopath, which then tries to act as though she's "normal" when she targets a stranger over 2500 miles away, that she has never met, for making a statement in a video, she disagreed with.  If that is "normal' and not Delusional, I do not know what is,  my viewers are calling her jealous of me, that is an understatement, she's a sociopath, here's the definition. 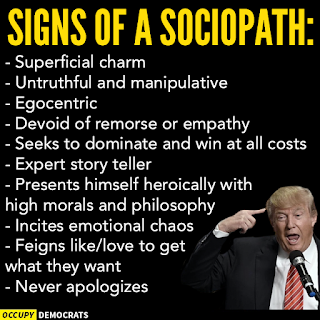 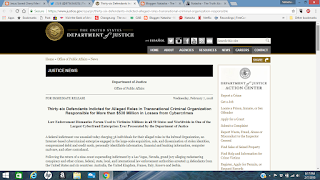 Department of Justice is going after all of these cyber bullies

Cheryl does not seem to have her own identity.

Cheryl launched a false narrative, someone that knows her says she is always fighting w/ someone, and she is a cyberstalker. 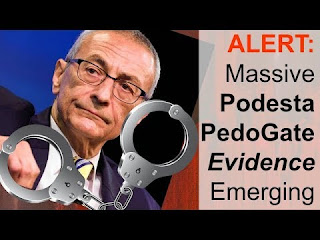 My fake CHARGES ARE DISMISSED, THANKS TO A LAWFUL PRESIDENT BEING ELECTED

I went to a class where they said people that this are sexually frustrated, perhaps that would include her, watch
https://youtu.be/HAwbQOQwqZo

I put this true and horrible blog about Cheryl on here and oops, now it's disappeared
https://aboutcherylmerrill.wordpress.com

Cheryl does not have a life.  This happened in January where she threatened me over a video that she did not like, and she's still cyber bullying in March,????  Does that sound normal to anyone?

Cherly's latest quote is this:

In summary, one can easily deduce the many facts from her videos that Natasha is menopausal, delusional and unstable playing imaginary games in phone calls in her videos while spreading much misinformation easily disputed.  Natasha's work brings to mind the old saying that the "pathway to hell is paved with good intentions."

So let me get this right, Cheryl, about my age, is also going through menopause, and altough our symptoms are different, as I stayed normal and happy, she obviously did not.  What was she like before her own dose of menopause?  Worse than this?

What's so sad after I watched her video is that she is just crying for attention, but she uses religion to manipulate and put herself into a category that she herself does not belong in.  Here's some parts of her comments in her own video and it's too bad she can't channel any part of herself into goodness and use all of her experiences to lead others.  She's' close to the same age as I am, but our entire lives have been so different, and instead of learning that it's not how we fall, but how we rise, he just proceeds to be so hateful and spiteful on things she knows nothing about.  The few people that I have talked to, say they ignore her and her content, because it is so negative.

Fat chance of that, no comparison LOL

in 2014 her video when she was 54  she's talking about religion and yet she's still so hateful and vile,
a singer that what did not make it?  she has her picture on there
on this video she says something is "not her business"  but my life is her business?  No it is not
Lots of talk about "hell" and "God" throughout the video
$6,000 stolen out of her apt by her landlord.  Who keeps $6,000 inside their apt? Not in a bank?
Hurt on a bicycle, knocked unconscious, broke her bones, gash on her head, landed on a Broadway St. near a tunnel on Broadway the day before All Saint's Day,  Signs that she was going to "hell" Her meaning You Can't Hide anything from God, and she was close to going to hell.  She figured that Jesus was the Messiah that day  in the hospital she was "repenting" and God was working to reach her.  She was blinded by ignorance by her sin, avoiding dealing with God,  She confesses to having a very dark life (just as I stated she would)

She states when she knows she's wrong, LOL and that she was arrogant, and she still is, wow,
Earth is just a pit stop
She's talking about people with demonic spirits, which she has WOW
She hung out with gay people and could have become a lesbian
She prays for all of her enemies and relatives - but she continues to create enemies w/ total strangers,

She is a paralegal & sued for cyber stalkers yet she is the cyberstalker  her video about her
https://youtu.be/fRK7G3uHJGI 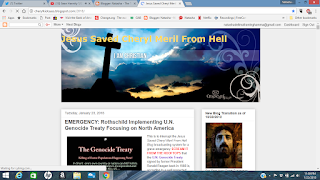 Umm, do you really think such an ugly being is "saved" ??? And just because you invent a blog do you like start to believe your own false narrative?

Cheryl has a history of being a cyberbully, and won a case, my guess is that she was actually the perpetrator, I could be wrong 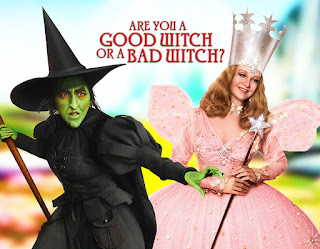 When women are jealous of other women and put them down, they get it backwards
https://familyshare.com/24165/to-the-women-who-destroy-other-women


Cheryl Meril is just a predator that tried to obtain my email address and then proceed to tell me what to do.  She threatened me over a post she did not like,  but look at her work, does this surprise you?

Her Blog on Ellen DeGeneres
http://cherylkicksass.blogspot.com/2015/01/ellen-degeneres-leading-good-witches-of.html

Her Blog On Robin Williams
http://cherylkicksass.blogspot.com/2014/08/was-robin-williams-atheist.html

Here is what is on line about Salvation Army Fraud 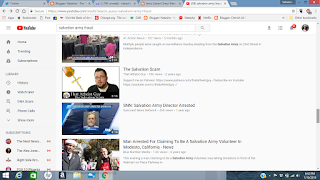 While I encouraged her to write her own positive experiences about the Salvation Army that she may know of, instead, she launched an all out attack on me, and is calling me a fraud. . 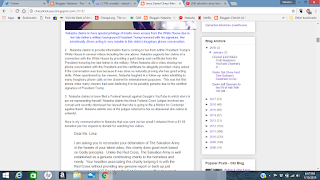 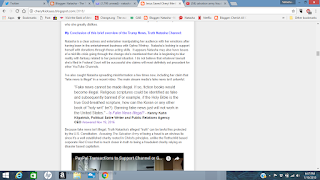 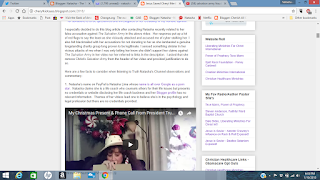 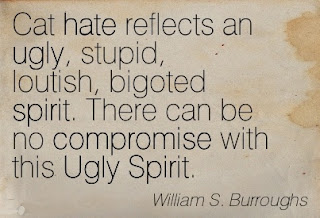 There is no way to even be near an ugly spirit.

She is just causing those charity's crimes to be exposed even more, through her own stupidity.

Cheryl is a single girl with nothing to do but bully
http://cherylkicksass.blogspot.com/2018/ 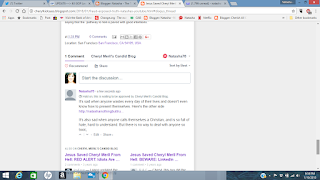 Oops and Cheryl won't allow my comment to go through, this is a typical agenda when they are hit w/ the truth.  They love the lie, and live inside it 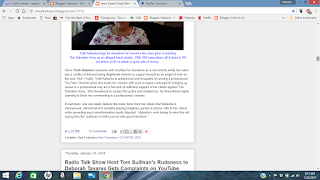 I get asked all of the time what is wrong w/ people that are this insane.  It could be a variety, from childhood abuse, neglect, jealousy of siblings, no siblings, been verbally, physically, or sexually abused, abandoned, raped, no sex, empty marriage, no marriage, no sex life, self loathing, you name it, all of these play into adult life and when someone does not heal.

She had this deleted from google, it was up until I posted it on this blog
https://aboutcherylmerrill.wordpress.com/ 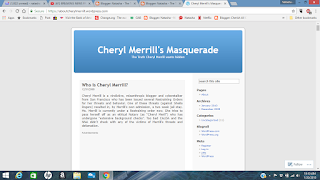 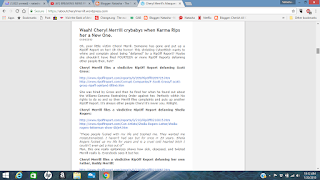 Now they suspended wordpress, when they were telling the truth 100%,  I have these screen shots before they deleted that.  Cheryl is a cyber stalker w/ a history of it, nothing but a trouble maker 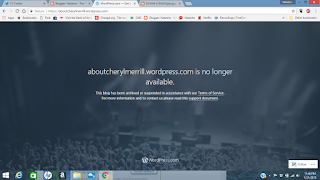 Cheryl, makes up fake news videos to cyber bully, and then has the nerve to try to talk about anyone else's channel?  Not normal
https://www.youtube.com/channel/UCfACF2UrdQH2iKRcF8nDOog

deleted narrative about Cheryl saying she always has to bully and fight with people
https://aboutcherylmerrill.wordpress.com/

strange video Cheryl made from a train moving by,
https://youtu.be/fRK7G3uHJGI