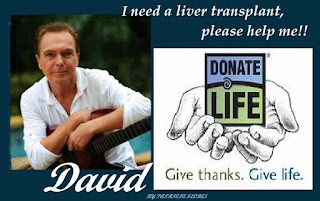 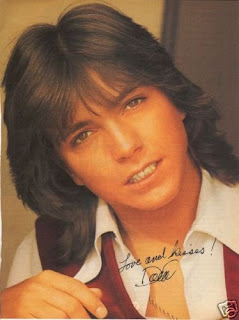 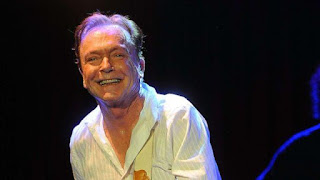 I was such a huge fan all of my life,  I know that this life of a star is so difficult, and has so many hidden obstacles.

He has a heart of gold 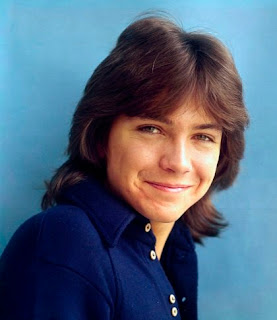 Stardom is a hard job, and people don't realize it's far from all glamorous, David Cassidy only played this role for a job, and it turned into a show, and part of our musical history.  The price of fame takes a toll on people, and it was so wonderful to see David create a private life, and move away from the spotlight. 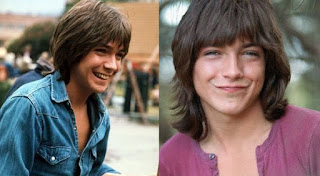 It's so difficult to separate the character, from the person underneath, but he managed to do that, and walk away from fame.

The whole country loved all of that music, and the show, and the idea of the talented family trying to work on getting along as siblings. 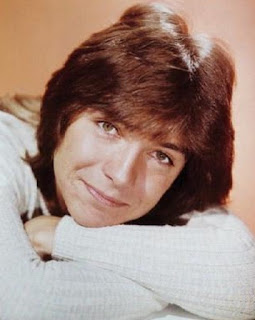 We love our memories of all of it.  My Friday night's were made, because I would go to school, and get to come home, and wait for Partridge Family to come on, and we all watched it. 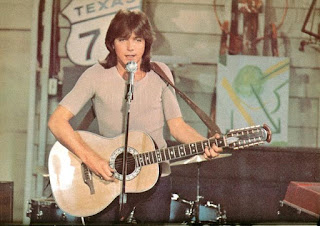 Democrats lied and tricked people for generations, and were behind the scenes as the most sick and demonic people in the planet.

When we found out, that our government was doing this, we became ONE.  One people, with our new President, that would rescue our fallen nation.

Main Stream Media is taking itself down, and losing their audience , people are waking up by the millions.  We automatically had trusted decades of news, as the source of what was happening, when the whole thing was a sham, and sick plot to hide government crimes.

Fake News is so sickening, and despite being caught, they continue to lie and lie so much that no one can believe them.

They have been caught staging fake stories, 2 reporters in the same scene, etc,
They were caught faking the drowning of immigrants (that were filmed in shallow water)

The rise of Conservatives and truth is altering social media, and they have no way to stop it.  Sean Hannity, Tucker Carlson, Lou Dobbs, Judge Jeanine, Breitbart, and others have risen so much that these channels will end up being so irrelevant that they won't even have a cable spot one day.

Consequences are going to fall hard on those that have deleted videos, harassed on twitter, and tampered with both free speech and the election.

Jeff Sessions yesterday DEFINED for the country, that law and order is being utilized as we speak.

The minority always was the Democrats, they used the platform and cheated their way into victory, with massive voter fraud,
http://truthtellersradio.blogspot.com/2017/10/truth-tellers-radio-episode-9-voter.html

There cannot be any more time as a nation that we allow for terror, inhumane mistreatment of each other, torture, child trafficking, pedophilia, drugs, the sale of children, and so on.  That was all done by the sick elite, and it has been revealed now.

There are more conservatives than "democrats", and without even knowing what we learned in 2017, we still put in President Trump.  After the sick showing from 2017, the year long purge of how sick they really are and have been behind our backs, there are even millions more, moving into the future.

The fake news criminals should face huge consequences for lying to us, and rigging an election, and still lying now.  They have barely come out any disdain for their own candidates crimes.

Conservatives are still being targeted by criminally run web sites, and even though those sites cannnot do this, they have been.

YouTube has deleted many of my videos, and cannot, they cannot sensor free speech
https://www.youtube.com/watch?v=QWkt5D8shtS 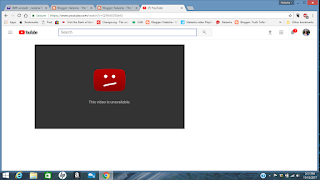 This was my interview with JM Talboo, my partner on pedogate, and they deleted this and many videos from my channel.

Websites are going to face consequences, and funny, they are so jealous of new sites, like Gab, and Bitchute, that operate like "normal" companies.

In the upcoming months, fake news, is going to fall even harder, as those people have recklessly misled and destroyed the US economy, and people's lives, through a false narrative.

We will no longer fall for it, nor take it, and the results are in, but their fight is still to abuse their platforms, and trick people, into the agenda of New World Order.

The Real World and the Deep State Collide

Jeff Sessions speech was so massive, they are dismantling the Rothschilds, and taking away the power from the banks that have impoverished us.

All of this is the Nesara Act being put into place a piece at a time through Trump and Q.


Follow The White Rabbit - Alice In Wonderland
"we are out of time" and the rabbit takes down the "dictator"  The only thing I can figure is they used the reference of a dictator and we are truly out of time.  We were headed for NWO, and now we are not.  I think the references of follow the White Rabbit are to present Alice as taking down the deep state by going right into it, (just my opinion)
https://www.youtube.com/watch?v=x9YT-3U3Fx4


The things that transpired with the Saudi Arrests, and taking down the Prince's, and breaking up the child trafficking and sex trafficking leaders was the beginning.

Dismantling Hollywood Pedophile ring was part 2, and then government peodophiles part 3, taking down the Clintons' and Bill Clinton as a rapist, part 4.

Many have been arrested, house arrested, or cut deals to turn on the others, and we will be hearing about it all.

People are just finding out NOW, into the millions that Hillary Clinton married a rapist and he was President,
https://twitter.com/SteveBannen/status/931615952055275520

All of the USA citizens that work up from Wilileaks live like normal people and do not want children abused, raped, sacrificed, or put into "food we eat" and this gave the power of "we the People" to say "Hell No' To Government.

We took back our country on Nov 16, 2016, but the deep state, the pedos, and the thieves, criminals in government, and those "Elite" entitled would not stop and destroyed themselves by revealing who they are.  The liberals, those that lied to all of us about what Democracy is, are our worst enemies, and do not belong in this country.  They destroy and do nothing but evil, and try to blackmail anyone good

What they have done within 1 year, is work from the back, and start to put decency, pride, boundaries, and class, back into the USA.

IF you listen to Jeff Sessions, here are the key points"

He said he was not going to "leak investigations" for a few headlines, meaning he's keeping investigations secret, as they are supposed to be, until there is an indictment, and case before the court,

He told all judges in no uncertain terms to use the Constitution, and they will be handled for violations and making up their own rules,

He took away any power higher than the Constitution, which was in fact, judges that used Sharia law, and made up their own rules

He took the power away from the banks, this is HUGE.  This is the 2nd ruling that stops allowing the banks to profit and put money back into the hands of people,

I believe Q is real and someone very lawful and powerful  i.e Our President


There has been a plane crash involving the Rothschilds


They are finally turning on Hillary, Biden, Bill Clinton, etc, and I think Donna Brazile was set up to reveal the details in her book and be a witness


In order to "restore the Republic under Nesara, they had done too much damage to just try to put in back into law.  Banks and the elite's had stolen all of the money, depended on child trafficking, weapons and drugs to finance their wealth.

All of that wealth has just been turned upsidedown

Nesara was the restoring of the Republic, which Jeff Sessions said in his speech

he said he's not keeping illegals period, which is the destruction of this country

He's telling them that they cannot make up laws, they have to change the laws, and Congress will never be able to get a single law passed and changed before the March deadline,

Listen to the whole speech , it's so powerpacked you have to hear it more than one time

Donald Trump is always many steps ahead of us, and the storm has arrived

Jeff Sessions  in the hot seat, because they tried to force him to tell what he is doing, when he cannot.  They used time to "question" him, and bully him, and he would not budge, and he needed to keep what is going on under the lid.  They cannot "mix" the questions of him on one issue, to get to the rest of the "issues" he is working on .  What Mueller and others did, was try to ask anything, to anyone, to get answers on investigations that are ongoing, and should not be privy to the public.  If they are to be successful, they have to be done in accordance with the law, and are not played out on social media in headlines.

Chelsey Clinton Gets Destroyed on Twitter over Sharia Barbie Doll 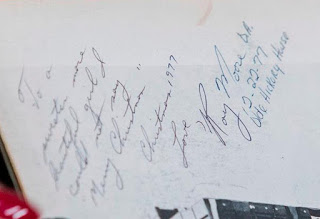 the mother of the victim
https://youtu.be/BRgWXrNos58

Hannity Backs Off and should back off,
https://www.yahoo.com/news/fox-news-hannity-demands-answers-moore-170112130.html

Mitch McConnell trying to get out Moore & Trump?
http://www.rumormillnews.com/cgi-bin/forum.cgi?read=87852

GOP Admits the scam against setting up Roy Moore
http://www.thegatewaypundit.com/2017/11/gop-lawmaker-admits-motive-behind-war-judge-moore-can-determine-future-trumps-agenda/ 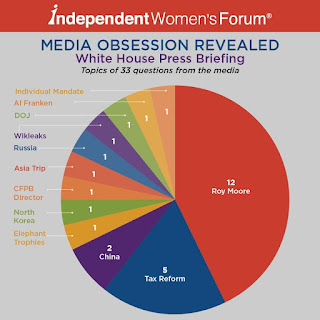 All sexual assaults being ignored while they focus on Roy Moore
https://twitter.com/RealSaavedra/status/932778630324789248

Facebook shuts down story of lies & the forged yearbook
http://www.thegatewaypundit.com/2017/12/facebook-picks-sides-alabama-senate-race-shuts-gateway-pundit-breitbart-reports-discredited-allred-accuser/

Something is totally wrong, they even called the election before the votes were all done, I do not believe this election, like the rest, they rigged it (I believe)
http://dailycaller.com/2017/12/12/doug-jones-win-alabama-senate-race/?utm_medium=push&utm_source=daily_caller&utm_campaign=push

Roy Moore
Did they rig it?  I think so
https://youtu.be/iWXK1cUHQIM 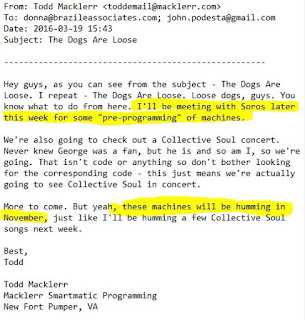 Steve Bannon speechless, as we all are
http://www.msnbc.com/the-last-word/watch/steve-bannon-speechless-after-roy-moore-loss-in-alabama-1115376707711

Court Tries to Allow for Destruction of the voting records
http://thegatewaypundit.com/2017/12/alabama-lawyer-blasts-last-minute-court-ruling-allowing-destruction-digital-voting-records-amid-hacking-fears/

InfoWars - Don't save the ballots
https://www.infowars.com/alabama-court-to-election-officials-dont-preserve-electronic-ballot-records/

Roy Moore Military recount puts him in the lead
https://youtu.be/CO0CQgBmfuA