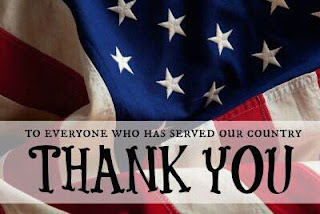 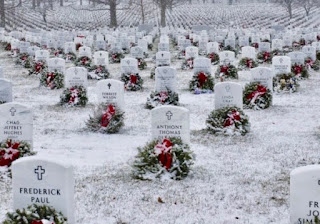 It's impossible to express how we honor your service, and want to wish you and your families love and thanks every day of the year.

My dad was a veteran, and he sat me down as a young girl and told me, he fought in a war that he had no idea why they were fighting it and it was so hard to understand,  He was told that he was protecting our country.

On the day before Christmas in a war, (I'm not sure which war) both sides decided to stop their battle on Christmas day, and so on that day, no guns were fired, no one fought.  For a whole 24 hours, there was silence and in their respective areas on both sides, the only word they could use to explain the "non war" was "peace".  They meant, no battle, & no one being hurt or killed.  My dad told me that once that 24 hours had passed, it was harder to understand the war, since for that 24 hours they were able to not fight at all.

A couple of them talked together and wanted to know why they could not just do that every day, and why they had been able to stop fighting for that whole day.  Soldiers were the most loyal of people, so full of duty & integrity, they were trained to do things even when they did not understand, their most important mission was to protect the country, their families, and our President.

My dad died without answers to why he went to war, and millions of soldiers did also.  Their integrity, and honor had them all live in total devotion to our flag, without question, and without even knowing more than that.

It was not until the 2016 election that they answers came to me, a person that loved her father more than can be explained.  War was about good versus evil.  And sometimes wars were started by evil, even when both sides were blindsided and good, just told that they had to fight each other.  War was about greed, power, and to hide what else was happening inside very dirty government.  So once we have been shown the light, we have to now go back and honor the men who were caught up in this sacrifice, that lost and gave up everything out of their honor, and allow us today to still be free, despite every bad thing that others did to break and destroy our nation and its sovereignty.

From me, my dad, World War 11 Veteran and the following list of contributors, we give you a piece of our thanks, and want you to know that this Christmas, and every day, we are honoring your service, and your devotion that gave us our own freedoms today.

Military pensions about to change
http://www.ourvetsbeforeillegals.com/in-just-5-days-military-pensions-are-making-a-huge-change/?utm_source=Email&utm_medium=MailChimp&utm_campaign=26_December-1&mc_cid=62c5544a7b&mc_eid=015016f622 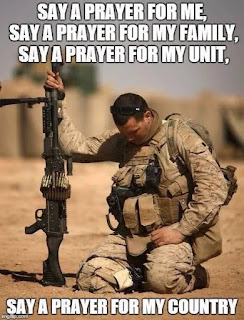