MASSACHUSETTS FALSE CHARGES DISMISSED ON MARCH 5, 2018, BUT THE STATE STILL TRIES TO HAVE A HOLD ON MY LIFE,  3 YEARS AFTER I MOVED OUT OF MASSACHUSETTS

Massachusetts Maura Healy complaint here, she is so corrupt, it's beyond fathom
http://valleypatriot.com/supporters-of-the-corrupt-swamp-resent-hearing-about-corruption-theyallknow/


Massachusetts is a criminal cabal, everything from pedogate, drugs, sex trafficking, prostitutes, you name it,

This order prohibits all of the corruption via highest law there is, and Boston Federal Court Judge Sorokin appointed by Obama, Ignored it all.

He unlawfully dismissed the case, after it was unlawfully moved from Worcester Federal court.

January 8, 2018 Judge Sorokin unlawfully dismissed my case, without due process and the Defendants even having been served, Oops,  that means now, the appeal is based on procedure, law violations, impeding justice, ignorance of the Executive order, and non recusal of bias judges

Let's put it all on a map here

Ooops, on 1/11/2018,  I receive a letter from the Boston Court, (that unlawfully moved my case from Worcester) that they had "dismissed it, as frivolous, and used the fact that they did not like the words "deep state".

Here is the appeal
https://drive.google.com/file/d/1eiYWO2pWdvSCTl2wABE-MYmrbKH0QPJY/view?usp=sharing

All 11 Defendant's were served their appeal notices, and appeal briefs
Appeal was served upon all of the Defendant's and the court
https://youtu.be/4Kj28NnPjJg

I filed a Praecipe on the court, ordering them to serve the summons to the Defendants, and the court did not even docket the paperwork, although they were served and it was received
http://natashanothingbuttruth.blogspot.com/2017/12/executive-orders-from-president-trump.html

The Court has not made a single docket entry since January 26, 2018, even though they received additional documents after that.
https://youtu.be/e6p9TEF5ABU

Petition update w/ appeal this was sent to Marian Ryan, Maura Healey and Senator Warren tonight, appeal will be mailed on Monday to all Defendants and the court
https://www.change.org/p/massachusetts-obstructed-justice-make-them-pay-for-it/u/22239650 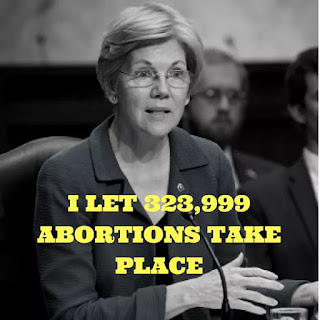 My case was unlawfully dismissed by an Obama Judge, Judge Sorokin, here's his bio
http://www.mad.uscourts.gov/boston/sorokin.htm

Judge Young is the original judge that unlawfully dismissed a case I won by default against the Marriott for $4.5 million for sexual harassment and unlawful termination when the General Manager tried to sleep w/ me at the Christmas party.  He was married and having an affair w/ another woman who worked at the front desk.  I left the party and did not go, 31 days later, I was fired.

Judge Young told me to keep my case inside his court, & he ended up dismissing the case when the Marriott defaulted, leaving me the entire amount I sued for.  There were 3 people in the lawsuit, and that was to be divided, instead, Judge Young dismissed it and then unlawfully came after me for telling the truth about his crimes.  I want to know what Marriott did to have him break the law and dismiss the case.

Marriott the one that started it all
http://natashanothingbuttruth.blogspot.com/2018/02/boston-marriott-hotel-newton-ma.html

ALL OF THAT HAPPENED BECAUSE JUDGE YOUNG UNLAWFULLY DISMISSED MY MARRIOTT CASE, AND WANTED TO COVER FOR HIS CRIMES


Other Massachusetts Corruption  unrelated to me


Cops ordered to change arrest report because it was the Judge's daughter
http://boston.cbslocal.com/2017/11/10/massachusetts-state-police-richard-mckeon-retirement/

Cop had to "retire" after 35 years

Senator Warren lied about her heritage, going to haunt her
http://insider.foxnews.com/2018/03/09/newspaper-elizabeth-warren-take-dna-spit-test-settle-native-american-heritage-claims

Petition against the Commonwealth of MA for their crimes and corruption
https://www.change.org/p/massachusetts-obstructed-justice-make-them-pay-for-it

Judge Cunis from Framingham Court has committed insurance fraud w/ the others,  look at this link someone sent me, so grosse
http://www.mass-gov-courts.org/david-w-cunis.html

Massachusetts FBI, Government, Maura Healey, AG, Marian Ryan DA, Senator Warren, are all satanic and destroy the state, only making themselves wealthy.  I contacted all of them, Senator Warren, returned my mail.

They deported my fiance 7 days before our wedding, (unlawfully) and although all paperwork was filled out to marry him in holding, they denied me access, and sent him out of USA.  They did not give him a lawful first trial, in which his own children showed up, to see their father in chains, and they denied him an appeal by tricking him and forcing him to sign a waiver, stating he would be locked up for years, while waiting for his appeal.  Then they denied visitation to me, so that I never learned of this and could not reverse it and save him here,


My Fake Charges were put upon me for knowing about the crimes on the court, and so they falsely charged me, to hide their crimes.

these kids had no mother, she left to do drugs and dropped a 6 month old and a 1.5 year on the doorstep for the dad to raise.  He lived next door, and I tried to help.  I gave these kids anything I had left over from my mall business that I could give them.  Toys, pillows, sleeping bag, blankets, dresser, bread machine, shoes, band-aids, cough syrup, etc.  I spent time with them and took them to the part, I was about 50 year old or so, "grandmother" age, and did this because they had no one to play with them.

In this duplex, the father did not drive, and had a girlfriend.  I did not have car seats in my car, and only took the kids once in a while anywhere like to the post office, etc.  The little boy Connor was very attached to me, and the father destroyed that bond, to be used by the state to lie about me, and invent false charges.

Paul Chesmore is a current drug dealer, and an ex prisoner fro drugs and domestic violence, and he tried very hard to turn his life around, but he is addicted to drugs.  He is also bi-polar, and has a license to sell marijuana.  He has smoked that many times in his home w/ small children that have allergies.

The Commonwealth used a 2nd criminal, when she was my landlord
https://www.youtube.com/watch?v=Jnyzo7DI-j0

In 2012, Federal Court Judge Young,  unlawfully dismissed a defaulted case I won against the Marriott, and I won for $4.5 Million Dollars.  Whatever he "concocted" with Marriott, he dismissed this case, and when I put it up on YouTube, and led to his criminal role and the times of the Boston Federal Court, they tried to make me disappear. Massachusetts tries to take federal control over your life, as they ignore the Constitution.


Paul Chesmore was used, to falsely state that I tried to take his children, when in fact that never happened. They destroyed the video surveillance videos he had that proved he was lying.  He used surveillance since he was selling drugs and his own house was robbed by his customers.  The police and DA had these videos erased.

Framingham police put out a false narrative, and police lied on their police reports, and I am suing them for slandering, and libeling my name.

I worked 2 jobs since I was 16, owned my own business and had a family.  I never did drugs, committed a single crime or did anything wrong.   They were caught in their huge crimes and corruption and targeted me for telling  (similar to Julian Assange)

In the more than 60 court appearances, the court destroyed court transcripts (more than 1/2 of the hearings) and tried to hide the crimes on the court that the Judges, DA, and police committed.

The first trial was so rigged and illegal, they forced me to represent myself,& ignored the Constitution did not let the jury hear the truth.  It's on appeal.

The 2nd trial I waived the jury, had it in front of a judge, and ALL CHARGES WERE DISMISSED ON MARCH 5, 2018.

The DA went so far beyond my case once the judge dismissed it, and although I am no longer a resident, the DA tried to have federal custody of me, with no cases left at all.  They are truly a 100% corrupt state, and I still have to go to one more hearing.  But there is no active case on me, and I have filed 2 additional federal lawsuits.

They can only be stopped by exposing them, and their crimes,  I am clearing my name from every lie they told.

MASSACHUSETTS Report Card
MA gets a D+ in Corruption
https://www.publicintegrity.org/2015/11/09/18422/massachusetts-gets-d-grade-2015-state-integrity-investigation

How corrupt is  MA?
https://commonwealthmagazine.org/uncategorized/158-how-corrupt-is-massachusetts/